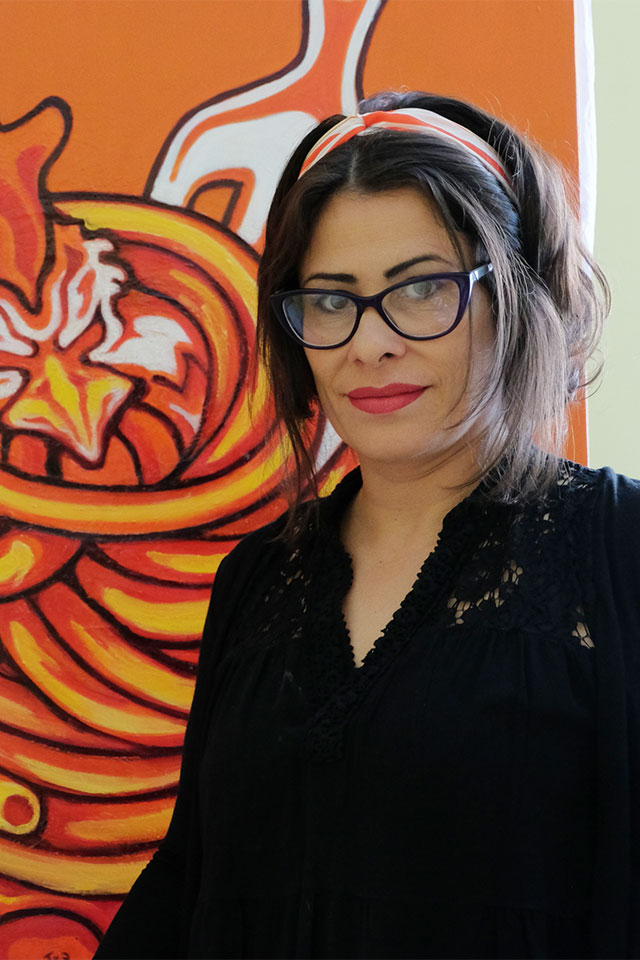 Ester Crocetta, contemporary artist, was born in Loreto Aprutino and graduated from the Liceo Artistico di Penne (Art School in Penne), in the Italian province of Pescara, Italy. For some years she have exhibited her works nationally and internationally.

At her first international exhibition in Berlin, Germany 2009, she exhibited some of her works, followed by a personal exhibition in Peking, China, in February 2010, at the World Art Museum – one of the most important museums in China’s capital city. Subsequently in 2013, she presented a personal exhibition in Venice, Italy, in association with the Biennale, followed by a fair in Contemporary Art held in the Casa Battlò, Barcelona 2014 which hosted participants from all over the world. In subsequent years she has been engaged in some projects as an art valuer by the Ministero della Giustizia (Minstry of Justice), Pescara. She works with writers and publishers regarding editorial matters and bookcovers.

In 2018 and 2019, she was commissioned to sculpt various pieces for the sporting National Award “Giuseppe Prisco” concerning loyalty, fairness and sportsmanship.

Currently she is the Art Designer for various wineries in Abruzzo that are involved in art-related projects linked to the wine sector, such as the prestigious eno-cultural event in which she was involved at the Italo-American Museum in San Francisco, USA.